sharesShare on FacebookShare on TwitterShare on WhatsApp
1
Ramadan 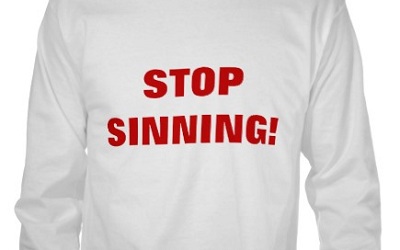 Avoiding All Sin While Fasting

“Whoever does not abandon false speech and acting up it, then Allah the Mighty and Majestic has no need that he should leave his food and drink.” [1]

The meaning of this narration being that such a fast is not acceptable to Allah as it does not fulfil its purpose and intent. Ibn Battal said that this does not mean one be ordered not to fast, but that it’s a warning against using false speech. Ibn Hajar quotes Ibn Muneer who said in his ‘Al-Hashiyah’ that the above narration is a figure of speech for the non-acceptance (of the fast) because its conditions were not met, just as Allah Said in the Qur’an, “It is neither their meat nor their blood that reaches Allah, but it is taqwah from you that reaches Him.” [2] [3]

Abu Hurayrah رضي الله عنه narrated that the Prophet صلى الله عليه وسلم said: “Fasting is not (merely abstaining) from eating and drinking, rather it is (abstaining) from ignorant and indecent speech, so if anyone fights or abuses you, then say: “I am fasting, I am fasting.” [4]

Therefore a severe warning has come from the Prophet صلى الله عليه وسلم for the one who commits these acts. It is also from the reason why he صلى الله عليه وسلم said: “It may be that a fasting person attains nothing but hunger and thirst from his fasting.” [5]

The one who does not abandon falsehood or cease indecent speech does not understand the reality of the obligation of fasting. Thus Allah punishes him by refusing him the reward. In a hadeeth Qudsi, the Prophet صلى الله عليه وسلم narrated that Allah, the Mighty and Exalted Said: “Every action of the son of Adam is for himself except for fasting. It is for Me and I will repay it.’ Fasting is a shield. When someone is fasting, he should not have sexual relations nor quarrel. If someone fights him or insults him, he should say, ‘I am fasting’.”[6]

Righteous deeds have two intended goals: gaining reward and avoiding punishment. If a person fasts while also doing forbidden things, like backbiting, carrying tales between people or consuming what is forbidden and so on, he loses the reward.

Statements from our Salaf [8] are numerous regarding actions that severely risk one’s fast:

– It is reported that Ibraheem Al-Nakha’i رحمه الله تعالى said: “They used to say: lying breaks the fast (i.e. nullifies its reward).”

– It is reported that Mujahid رحمه الله تعالى said: “There are two practices, if a person can keep himself from them, his fast will be secured for him: backbiting and lying.”

– It is related that Abul-’Aliyah رحمه الله تعالى said: “The fasting person is in a state of worship as long as he does not backbite.”

– It is reported that Hafsah bint Sireen رحمه الله تعالى said: “Fasting is a shield as long as one does not tear it, and tearing it is when you backbite.”

– It is reported that Anas bin Malik رضي الله عنه said: “If the fasting person backbites, his fast is broken.”

“It is related from some of the Salaf that backbiting, tale carrying and the likes break the fast, and it is mentioned as one opinion in the madhab of Imam Ahmad. The final word on this issue is that Allah the Exalted commanded people to fast in order to achieve piety (taqwa), and Allah’s Messenger – praise and peace of Allah be upon him – stated: Whoever does not leave off false speech and acting by it; then Allah is not in need of him abandoning his food and drink.


So if the fasting person does not achieve piety, he has not achieved what is intended through fasting, and so the reward of [his] fast will decrease in accordance [with how much he has gone against the intended goal, i.e. commensurate with his sins].


Righteous deeds have two intended goals: gaining reward and avoiding punishment. If a person fasts while also doing forbidden things, like backbiting, carrying tales between people or consuming what is forbidden and so on, he loses the reward.

In his Muhalla, ibn Hazm brings a narration of Jaabir bin Abd-Allah who said: “When you fast, then let your hearing, sight and tongue (also) fast from lying and sin and stop abusing servants. Be tranquil and dignified on the day of your fast, and do not let the day you do not fast and the day you fast be the same.”

“Back-biting damages the fast. It was narrated from Aa’ishah رضّى الله عنها and al-Awzaa’i also said that back-biting breaks the fast of the fasting person and he has to make up that day. Ibn Hazm went further and said: ‘It is invalidated by every sin that a person commits deliberately, when he is aware that he is fasting, whether it is an action or a word, because of the general meaning of the words, ‘he should not utter obscene speech or behave in an ignorant manner’ and because the Prophet صلى الله عليه وسلم said: “Whoever does not give up false speech and acting upon it, Allah has no need of his giving up his food and drink.”

A person who disobeys Allah while fasting hasn’t truly grasped the intent behind fasting. The real goal is to achieve taqwa and true obedience to Allah through the abandonment of food, drink and sin. Although a person who backbites, lies or does other sins is not considered to have physically broken his fast, he loses the reward of fasting and in this sense he has “broken his fast”…