sharesShare on FacebookShare on TwitterShare on WhatsApp
Lifestyle 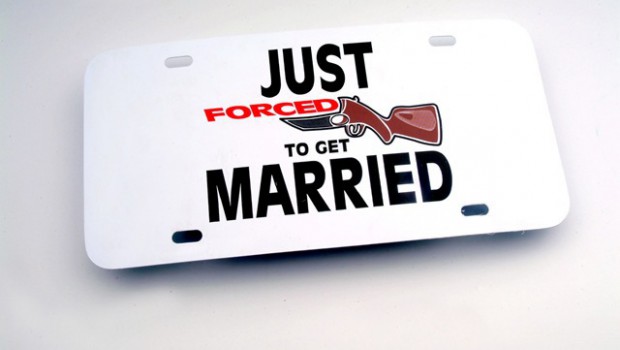 Arranged marriages are the cultural norm for (many) Muslims across the world. Men and women who are ready to get married may meet their future spouse through family or friends. Since, generally, Muslims do not “date” in the popular Western cultural sense, many couples look to arranged marriages as a means to wedded bliss. The expectation is that the seed for love is planted and will continue to bloom after the marriage.  Before any potential candidates are considered, families as a unit decide the values and characteristics that potential spouses should have so the couple  have a satisfying life together.

The traditional period of courtship is relative from culture to culture, family to family. After the initial introduction, some families grant the prospective groom and bride a chance to meet in private, under supervision; others allow them to get to know each other on the telephone, via text or email. Some families encourage the potential couple to go out in public, usually in a group setting.  People can be introduced through families, well-meaning community members, matchmaking services, on-line matrimonial sites, through imams, teachers and friends with the preplanned goal being marriage. Perhaps a better term for it should be arranged courtship.

Since couples in arranged marriages come together as a result of their extended family and community, they naturally think of their relationship as part of something bigger than just the two of them.  Many couples have extremely happy, arranged marriages. Half my siblings and friends are in varying degrees of arranged marriages. My cousin had a totally arranged marriage. She did not meet her husband until the day before she got married. They are one of the happiest couple I know, māshā‘Allāh.  I chose not to go that route, I met my husband in college but my marriage included the consent of my parents and my husband’s family.

Forced marriage, on the other hand, occurs when a man or woman is coerced by the family to marry, using threats, emotional blackmail, fraud, and even bribes. Arranged against the person will, without consent or consent under duress. That is not a marriage in Islam; it is oppression and abuse. Marriage is Islam requires ijab and a qubul (proposal and acceptance). Forcing a woman to marry a man means that there was no qubul, this is the right of a woman, regardless of her age.  Without it the marriage is a sham, like living in zinā.

Some parents use the tactic of not speaking to a son/daughter for months at a time to convince them to get married to the person of the parent’s choice. This is akin to cutting of the ties of the womb, which is a sin.  Other families threaten to disown the offspring if he or she does not accept the prospective spouse especially if it is a cousin from the homeland. In other places, the women are not given the right to even think that they can say no. They are brainwashed from a young age to obey their parents even if their hearts are screaming ‘NEVER.’ I have read through pages of testimonies of young women and men suffering through forced marriages.

Among the rights of our parents is that we obey them but this obedience is not blind, deaf and dumb. A nikāḥ is a spiritual contract and you can not have a contract when one of the parties or both of the parties have not committed their body and soul to the other for the sake of God. That is marriage in Islam.

Why do parents do force their offspring into an unwanted marriage?

They love you, take care of you, your mother carried you in her womb for months, nursed you, cried at your every pain. Your father worked days and nights to provide for you. Then why is it when it comes to the time when they should be your protectors and support you in the most important decision of your life, they are willing to submit you to abuse?

Many, many times it is culture. It is often family pressure: they have made promises or commitments to their relatives. Sometimes, their relatives are emotionally blackmailing them by threatening to cut off family ties. What parents often do not realize is in wanting to keep their kinships intact, they are destroying their own children.

Other reasons include a perverted notion of ‘izzah “family honor”, ensuring land, property and wealth remain within the family, preventing relationships considered to be “unsuitable” for example outside a specific ethnic, racial group, helping relatives or caste/tribe members with residency and citizenship issues, controlling unwanted behavior and sexuality (including perceived or real promiscuity, or worries that their offspring is gay), and to provide a caretaker for a person with mental and/or physical disabilities.

They sometimes think that being parents gives them rights which are not given to them by God.

Marriage without consent– In the Shāfi’i and Ḥanbali school of thought- the majority of scholars are of the view that if a woman is married off without her consent, then the marriage contract is invalid, because it is a forbidden contract which cannot be validated.

According to the Ḥanafi school of thought, the contract is dependent upon the woman’s acceptance. If she gives her consent then it is valid, otherwise she may annul it. See al-Mughni, 7/364; Fath al-Bāri, 9/194

If the son or daughter likes someone else: Ibn Muflih al-Ḥanbali (may Allāh have mercy on him) said: The parents have no right to force their son to marry someone he does not want.

Shaykh Ibn Tayymiyyah said: Neither of the parents has the right to force their son to marry someone whom he does not want, and if he refuses, he is not sinning by disobeying them, because no one has the right to force him to eat food he finds off-putting when there is food that he wants to eat, and marriage is like that and more so. Food that one is forced to eat is unpleasant for a short while, but a forced marriage lasts for a long time, and it harms a person and he cannot leave it.  Al-Adāb al-Shar’iyyah (1/447)

Concerning a minor: According to Mufti E. Desai, since Islām does not allow a minor to conduct business or make financial decisions for himself or herself, a marital contract of a minor falls under the same premise. However Islām does not give a father the right to use his children’s wealth without their permission, so how can he be allowed to decide, without the daughter’s permission, how her body (which is more important than her wealth) is to be used, specially when she disagrees.

Khansa’ bint Khizam al-Ansāriyyah said “My father married me to his nephew, and I did not like this match, so I complained to the Messenger of Allāh. He said to me “accept what your father has arranged.” I said “I do not wish to accept what my father has arranged.” He said “then this marriage is invalid, go and marry whomever you wish.” (Fathul Bāri, Sharah Al Bukhāri 9/194, Ibn Mājah Kitabun Nikah 1/602). In another version, she went to the Messenger of Allāh (ṣallallāhu ‘alayhi wa sallam) and he annulled the marriage. Narrated by al-Bukhāri, 4845.

According to scholars you should also not fear your parents du’ā’ against you or their being angry with you, because that is a sinful du’ā’ which Allāh will not accept from them, inshā’Allāh, unless you are transgressing against them, and not giving them their other rights. Because it is permissible for you to marry without adhering to their wishes, you will not be sinning or doing wrong. (From Islamqa)

Another misconception is that the bride and groom are not allowed to see each other before the marriage and this is somehow Islamic. The man has permission to see her face before agreeing to marry as the Messenger of Allāh (ṣallallāhu ‘alayhi wa sallam) said, “Go and look at her (the woman you are considering marrying) because this will help your time together to be strengthened. ” (Ahmad) If our eyes are the path to our heart- how can the One who made us, forbid us from looking at the person who will become the most intimate part of our lives.

Some advice for someone being forced to get married

If you are facing circumstances where you are getting married against your will then SPEAK up! You are not your parent’s property.  Don’t ruin your life or your future spouse’s life- s/he may not even know that you do not want to get married and will have to suffer through a loveless marriage for the rest of his/her life. You don’t marry someone for your parent’s sake, for your family’s sake, or for anyone’s sake.

You should actively and patiently do the following:

1. Very politely show your parents/guardians the relevant ayahs in the Qurʾān and refer them to the Sunnah, ḥadīth, opinions of scholars that Islam does not accept a forced marriage and gives the person the choice in regards to nikāḥ .

2. Ask your circle of mature friends and family especially your religious ones to talk to your parents on a regular basis. Impress on them that THEY are NOT exempt from ḥisāb (accounting) for not obeying the Qurʾān in their pride. The Qurʾān forbids us from following in the footsteps of our parents/grandparents if they are in the wrong. They sometimes think that being parents gives them rights which are not given to them by God.

3. Talk to your local imām/ youth group leader to speak to your parents.

4. Most importantly pray to Allāh- humbly, in qiyām (night prayers) , asking HIM to guide your parents and to prevent a social and personal disaster.

6. Seek out professional help. There are many organizations that can help you if you are being forced into a marriage.

Why are you refusing the match?

Analyze your reasons for refusing the match. Keep in mind marriage among families or friends of your family can work and so can marriages between two people raised in two different parts of the world. As long as there is mutual love and respect and a deep desire to keep the relationship focused around Allāh. In our community here in California, a young man recently married his cousin from India who is 4 years older than him. But it was his choice. He went to visit and liked her demeanor and personality.  Heapproached his parents and māshā’Allāh they are attending college together and just had their first baby.

If you honestly cannot stand the person or do not know enough about them to make a wise decision, or are not physically attracted to them, then let someone know.  Consider if you are spiritually on the same level as them? Are they better than someone you can find on your own?  Can you relate to them? Can you communicate with them? Do you share common goals and values? If the answers to all these questions are NO then please do NOT agree to the marriage.

However, do not reject the concept of marriage to a prospect introduced by your parents or your family just because you don’t want an arranged marriage. S/he may turn out to be your soulmate.