sharesShare on FacebookShare on TwitterShare on WhatsApp
3
Angels 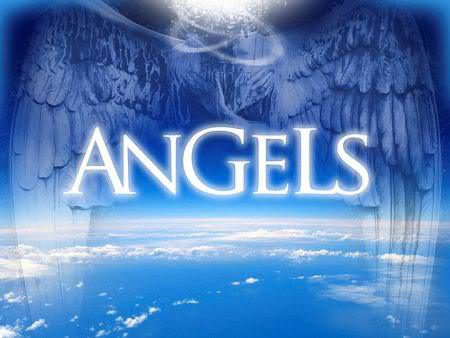 Children read all kinds of stories that have magic and imagination. Stories and reading really do wonders for children in broadening their horizon and unleashing their imagination. However, I have found that children are simply fascinated when you tell them about the angels of Allah. That way, you can tickle their imagination and teach them, too; two birds with a single stone!

Believing in the angels of Allah is an important part of our Faith, our Imaan; as can be seen in this part of a long hadith:

Narated By Abu Huraira : One day while the Prophet was sitting in the company of some people, (The angel) Gabriel came and asked, “What is faith?” Allah’s Apostle replied, ‘Faith is to believe in Allah, His angels, (the) meeting with Him, His Apostles, and to believe in Resurrection.” …….. [1]

What are angels? Angels are beings that Allah Subhanahu wa Ta’ala has created long before Adam (AS) was created. They perform various duties according to Allah’s commands. They are innocent; they do not sin and spend their time in worshipping and praising Allah.

“They (the angels) glorify His Praises night and day, (and) they never slacken (to do so)” [2]

They have been created from light.

Children are simply mesmerized when you tell them that the angels are really beautiful beings who have wings, too!

“All the praises and thanks be to Allah, the (only) Originator [or the (only) Creator] of the heavens and the earth, Who made the angels messengers with wings, – two or three or four. He increases in creation what He wills. Verily, Allah is Able to do all things” [3]

“ Dhu Mirrah (free from any defect in body and mind), Fastawa [then he (Jibrael) rose and became stable]” Verse 6 [4]

It would be interesting to tell your children the names and duties of some of the angels.

Probably the most well documented angel is Jibrael, who has also been called Rooh-ul-Ameen, as he used to bring the word of Allah to His prophets.

“Say (O Muhammad SAW ): “Whoever is an enemy to Jibrael (let him die in his fury), for indeed he has brought it (this Qur’an) down to your heart by Allah’s Permission, confirming what came before it [i.e. the Taurat (Torah) and the Injeel (Gospel)] and guidance and glad tidings for the believers” [6]

Narrated by Abdullah ibn Masood (RA): “The Messenger of Allah (SAW) saw Jibrael in his true form. He had six hundred wings, each of which covered the horizon. There fell from his wings jewels, pearls and rubies, only Allah knows about them.” [7]

He is responsible for providing rainfall and sustenance. He has many helper angels, too. They direct winds and clouds according to Allah’s commands.

He has the responsibility of blowing the trumpet twice on the day of Qayyamah.

Also known as Malak-ul-mout, this angel is responsible for taking our souls. Some people also know him by the name of Izrael, but there is no authentic hadith or Quranic verse to prove it.

“Say: “Malak-ul-mout (the angel of death), who is set over you, will take your souls, then you shall be brought to your Lord.”[9]

Kiraman katabeen are the honourable scribes. They have been appointed to note down our deeds and actions; whether good or bad. In fact, it is said that the angle on our right shoulder writes down our good deed, while the other one on the left writes down our bad deeds.

I personally find it very useful to keep my children on their toes. Once you have instilled the concept that each and every action of theirs is being recorded and would be displayed in front of Allah Ta’ala, they usually stay clear of mischief.

“ But verily, over you (are appointed angels in charge of mankind) to watch you,(10)”

This one is my absolute favorite because it keeps all those nightmares at bay.

A part of a long hadith:

[7] Narrated by Ahmad in al- Masnad