sharesShare on FacebookShare on TwitterShare on WhatsApp
3
Children Stories 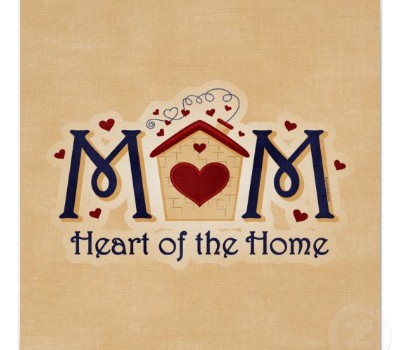 Listen, and listen to this old mother narrate her story.

She said I held him in my belly for nine months and his father died after his birth in months, so I was (both) a father and mother to him and his sister, who was three years older than him. From my love for him, I did not stop breastfeeding him until he reached three years old, and after which he left it himself.

I gave him all my love and kindness and when he reached the age of marriage. I married him off to a girl I loved because of her manners, her Deen and the kindness of her family. He divorced her after five years after she had given birth to a boy and a girl.

After a while, she started to dislike my cooking and saying that I did not look after the house like I should. So she ordered a maid to come and look after her salary and when the maid came, they did not want my services anymore.

And I became a burdening guest on my son’s wife. She started accusing me of interfering in things that did not concern me that I was interfering with the maid’s affairs, and that I was using bad language on her.

…how they did this to you?

She says, I endured this and was content and I suppressed my rage because he was my son and I (still) loved him and for the sake of his daughter and son from his first wife. One day, I was returning from visiting my daughter who lived in a different city and as I was heading to the extension area I lived in, I found my furniture, mattress and a small box which was placed for me outside the room, and when I knocked on their door, to ask them for the reason.

My son’s wife said, whilst my son was standing behind her ‘We need the the extension room to be a storage area for our things’.

She said, referring to the wife:

She said: ‘Go anywhere, go anywhere except inside the home for Allah’s land is spacious’

I don’t believe oh mother that they did this to you! Where are the hearts

The mother says what was strange was that my son was standing behind his wife; he didn’t move a finger nor utter a word. So I knocked on the door of the neighbors, whilst it was very cold weather, so when she opened for me, I told her I wanted to stay at hers for the night. She was astonished! What could I say to her? So I told her blatantly, and she wept in disbelief.

I said to her ‘I will stay at yours tonight….

… And then in the morning, my daughter will come to take me’.

She said ‘Not to worry, for this home is your home’.

The old woman says: Then in the morning I called my daughter and informed her the news, and asked her to prepare me to take to her, however she apologised because her husband was very annoyed when I stayed at their house for just two days now, let alone if I lived there?

She then put the phone down on me.

What was in their mind when they did this to you?

Where is the repayment for goodness?

Did they not know that if the husband perished then there is another husband?

And if the wife went away then there is another wife?

But if the mother goes, how will they get another mother in her exchange?

I cannot believe oh mother that they did this to you!

The old woman says my daughter put the phone down on me and with it she closed the door of hope. I was hoping to live with her because she was my daughter, she would be the one who would be patient with me and my old age, so I started to cry until I no longer had anymore tears to cry. When my neighbor heard the news, she also started to cry with me and said ‘Do not worry, since this is your home and we are your family.’

And via a way of a human person in our area, when he found out about my story he found me a place to live nearby, and he organised its preparation and said ‘We are prepared to serve you, from our oldest to our youngest. The people of the area used to visit me, and offer me everything, except my son, he would not visit me! I became very ill, and the neighbor took me to the hospital. The people of the area started to visit me, except my son!

Except my son, he did not visit me or ask about me!

And I ask Allah to forgive him, and pardon him.

“(I swear) by Allah, I do not know a deed which can bring one closer to Allah more than good treatment to the mother” ~ Ibn Abbas