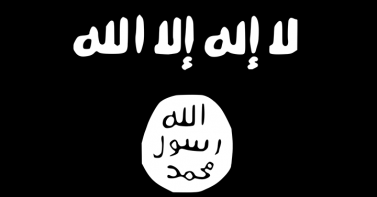 The condition of having knowledge is one of Tawheed’s foundations. The one who is ignorant about La ilaha illallah is a disbeliever and in the same way, how can someone believe in something without to have knowledge about it. The first evidence for this condition is in Surah Muhammad, Allah (swt) says,

There are those who pronounce the Shahadah but do not act upon it, and others say it but do not understand its gravity, there are also some who say it and fight the very people who say it, and what is even stranger is that they cannot differentiate between people of Tawheed and the enemy of Allah. Unfortunately, many of this applies to us today as there are some who come under the ‘guise’ of Salafiyyah or Ahlus Sunnah wal Jama’ah who call for Tawheed but fight the very people who carry it.

Knowledge comes prior to having Tawheed as knowledge precedes actions and in the same way, no way can you act upon Tawheed without to have knowledge about it. The one who dies not having knowledge of La ilaha illallah is a disbeliever and will not enter Jannah. This second evidence is in Sahih Muslim, Uthmaan (ra) narrated that Prophet (saw) said,

The hadith says if you die ‘knowing’, so the opposite meaning of this is, if you are ignorant about the Shahadah then you will go hellfire and obviously, if he does not enter Jannah (paradise) then he is a disbeliever because Muhammad (saw) said,

“Only a person who is Muslim will enter Jannah.” [Agreed upon]

Abdullah Ibn Masud (ra) said: “Learn, learn! So when you learn, then act.”

It is knowledge that should make you act, build upon, live by it, and increase your Emaan. The one who this does not happen to means he has no knowledge. There is a difference between knowing and acting upon what you know. Knowledge is when you carry it, follow it and live by it. Fudayl ibn ’Iyyad (rh) (d.187H) – said:

We know that Iblis (satan) knows but did not act upon it, in the same way, the Jews and Christians know but reject, so this knowledge is of no benefit to them. Despite having this knowledge it has made them negligent and not change their ways, it has not made them in the realm of obedience to Allah and his Messenger. Shaykhul Islam Ibn Taymiyyah said,

“Disbelief can either be by denying what the Prophet (saw) informed us of or by preventing oneself from following him knowing that he is truthful as (this latter one) was the Kufr of Pharoah and the Jews and such likes.” [Darra Ta’aradul-Aql wa-Naql 1/242]

“Allah (swt) informs us that the scholars of the Jews and Christians knew and recognised that whatever the Prophet (saw) came with was the Truth, in the same way one of them would be able to recognise their own son between the children of others. Then Allah (swt) informed us that despite this realisation and deep knowledge they would conceal with full knowledge, the descriptions of the Prophet (saw) as mentioned in their books, from the people.”

One man came to Abu Jahl, and he (Abu Jahl) said, ‘Woe to you, Muhammad never lies’ His heart believed in him (saw) but the problem was that he was arrogant, stubborn and his desire affected his judgment.

In all things knowledge precedes actions and action doesn’t precede knowledge, so we say knowledge first and action second. The one who acts before knowledge he may do many mistakes and sins. For instance, when a young man who is ignorant about Tawheed, he will have many problems, he may pray, fast but it will not be accepted because he does not have the knowledge of Tawheed. Allah (swt) says,

“It is only those who have knowledge amongst His slaves who fear Allah. Verily Allah is All-Mighty, Oft-Forgiving.” [al-Faatir (35) : 28]

The first thing the Sahabah would study is the knowldge of Tawheed. Narrated by Jundub Ibn Abdullah who said, “We used to be with the Messenger (saw) when we were young, the first thing he used to teach us was Emaan (Faith) before he taught us Qur’an, and our Emaan was increased by the Qur’an accordingly.” [Sahih Sunan Ibn Majah, 52]

Ibn Abbas narrated that Muhammad (saw) sent Muadh bin Jabal to Yemen and said, “You are going to a nation from the people of the scripture, so let the first thing to which you invite be to testify to Tawheed of Allah (i.e. La ilaha illallah There is none is worthy of worship but Allah)…..”Bukhari

A da’ee (da’wah carrier) who lacks knowledge will fall into more mistakes and sins than the one who has firm knowledge, and in the same way, a da’ee who lacks knowledge of Tawheed is more likely to fall into Shirk (ascribing partners with Allah) even if he were to be busy in prayer, hajj and fasting. The examples are manifest for all to see. All these problems occur because of their ignorance in Tawheed, as nothing can be more important than to study Tawheed.

Shaykh Muhammad ibn Abdul Wahhab said,
“The Deen of Nabi (saw) is Tawheed and this is to know that there is no god but Allah and Muhammad is His Messenger, to work with it and whatever it stands for. Someone may ask, all the people say La-Ilaha illallah so what is so special about it. We say: The people who say it just understand it as Uluhiyah (i.e. no creator but Allah, no provider but Allah) as well there are people who say it but do not understand what it means and they are those who say it and know it, but they do not act upon it and what is stands for, and there are others who say it but do not understand the gravity of its meaning. Irrespective of all these things, the thing that strikes us the most is the one who knows it and acts upon it but at the same time fights the people who carry it! What is even more strange who say that love Tawheed and its people but they are not able to distinguish between the people of Tawheed and the enemies of Tawheed! Ya Subhan-Allahul-Adhim!! Can there be two groups who differ on the one Deen and both of them are right at the same time? By Allah! No! Whatever is not Haq is baatil.” [Risa’il Shakhsiyah, P.182]